**Previously published on The Conversation UK.**

The Chinese government’s denials of its mass interment of Xinjiang’s Uyghur citizens have evaporated as international pressure has piled up in recent weeks. In their place has come propaganda extolling the “re-education centres” in which the Uyghurs are held, and which new evidence from the BBC has shown are rapidly expanding.

The Uyghurs are a largely Islamic people that comprise the largest ethnic group in Xinjiang, though – as a result of large-scale Han Chinese migration in the 20th century – they no longer maintain an overall majority. Closely related to Kazakhs and Uzbeks, who have also suffered persecution in Xinjiang, they are ethnically and culturally distinct from China’s majority Han population.

The state claims that the centres offer “free vocational training” and prevent acts of terrorism. Xinjiang’s chairman, Shohrat Zakir, has given a detailed interview defending their value, while state news broadcasts have shown willing students in (relatively) pleasant surroundings.

Such depictions are starkly at odds with the reports from former inmates. They have described beatings, the withholding of food, and desperately crowded conditions. It is difficult to substantiate specifics – partially because the state maintains tight control on information, and partially because so few inmates have been released. But many of the already-vast complexes, ringed with barbed wire and watchtowers, are expanding rapidly, and resemble – in their architecture and equipment – prisons far more than they do schools.

Yet the educational component of these institutions is not mere euphemism. Education has long been employed by the People’s Republic of China in its efforts to mould Xinjiang’s Uyghur population into citizens stripped of all loyalties except those to the state. The programme is clearly inspired by China’s “re-education through labour” system, which ended in 2013. However, the region’s education policies for ordinary schools in recent decades offer clues both to the aims of the re-education programme, and to its likely consequences.

By far the most controversial element of these policies has been the steady erosion of tuition in the Uyghur language. Uyghur language schools have progressively been closed or converted into nominally “bilingual” but de facto monolingual institutions. At the same time, Chinese has become required from preschool to university, and private schools teaching the Uyghur language have been forced to close. 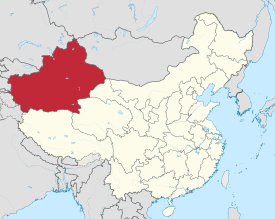 A charitable perspective might view this programme as intended to supply useful language skills to the Uyghur people. They have not benefited from Xinjiang’s increasing wealth in the way that its Han Chinese population has – and Mandarin arguably provides better access to China’s wider economy. But the foremost consequence of these policies has been the weakening of Uyghur language skills. With this has come the weakening of the ability of young Uyghur people to fully engage in their own communities, receive transgenerational knowledge, and understand related languages such as Uzbek and Kazakh. Whether it was intended or not, this result will have been welcomed by China, which is wary of both Uyghur nationalism and connections with other Turkic and Islamic peoples – such as Kazakhs and Uzbeks – across the border.

Reports from former inmates, staff, and state broadcasts at the camps, indicate that Chinese language tuition operates alongside political indoctrination as a key element of re-education. The poverty and poor conditions as well as types of behaviour – such as Islamic religious piety and foreign contacts – likely to result in arrest and internment means those in the camps are less likely to already be well-versed in Mandarin.

In this, and various other ways, the re-education centres replicate the conditions of Xinjiang’s schools. Students were already forbidden from engaging in religious practice, forced to learn Chinese, and subjected to historical and political education widely distrusted as misleading. The securitisation of Xinjiang, of which the re-education centres are merely one aspect, extends this condition to the entire population. Movement, information, and even personal attire are controlled with the strictness of a penal institution. Checkpoints and security cameras fill the streets, spyware is required on all mobile phones, and spies are assigned to live in Uyghur homes and record their habits.

The consequences of Xinjiang’s assimilationist education policies for younger Uyghurs have been significant. My doctoral research, which built on two years of fieldwork in the region, explored Uyghur people’s responses to changes in education policy. Older Uyghur informants complained that their children’s generation lacked both Uyghur language skills and values. Many attempted to compensate by only allowing the Uyghur language to be spoken in their homes, and by teaching religious and cultural traditions themselves. Such efforts are increasingly difficult and dangerous in Xinjiang where surveillance has become all-pervasive, and such activities are sure to attract the attention of the security services. 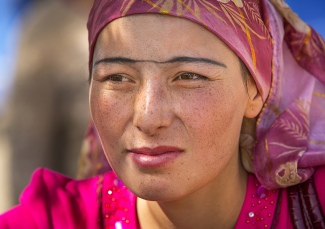 Yet, while education policies – along with numerous other restrictions on religious and cultural traditions – have had an erosive effect on Uyghur culture, among my Uyghur contacts this has not led to new loyalty to the state. Graduates of monolingual Chinese schools, the group most isolated from wider Uyghur society, were often the most fervent ethnic nationalists. Conscious of what they had lost – and still outsiders in Han Chinese society – many were actively trying to educate themselves in the Uyghur tongue and traditions as well as in Islam.

Hundreds of thousands of Uyghur people, at least, are currently held in re-education centres – unable to care for their children, pay their rent, or run their businesses. If Xinjiang’s schools provide any guide, these institutions may well succeed in catastrophically undermining the cultural foundations of Uyghur society, but they will not produce the loyal, obedient population that the Chinese authorities desire.

Rather, they will create a mass of individuals no longer embedded in their own communities, but with no love for the state. These are exactly the kind of destabilising conditions China is so eager to prevent.

James McMurray is a Research Associate in Anthropology at the University of Sussex.