As we approach the final of The Great British Bake Off, we must begin to say our farewells to the show as we know it. Little to the public’s knowledge at the time, Channel 4 and the BBC spent much of 2016 battling it out in negotiations with Love Productions over who would hold the contract for the coming years. We did not find this out until it became headline news in September that Channel 4 had won the battle, securing a three-year deal for £75million; causing utter outrage throughout Britain.

The Great British Bake Off has been epitomised by many as one understanding of our British culture; everything from baking itself, to being in a tent on a period estate in the British countryside. It all embodies ‘Britishness’. The fact that the BBC – which has become honourable among the British public, and to which we pay our TV licenses – has held contractual rights over the show for the past seven series has made The Great British Bake Off very much a programme of the public. The move to Channel 4 – which is commercially funded – has not only removed this possession, but also torn apart the show that we have held so beloved to us. The media has been following the story avidly, documenting the fall out as it happens, with the biggest being the loss of the presenters. 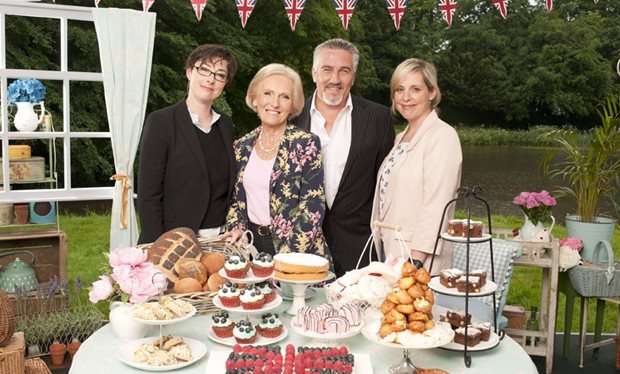 Mel and Sue were the first to announce that they were leaving, which was met by mass backlash on social media as they were deemed an irreplaceable pairing. They announced that they did not want the show to move because the BBC was what had nurtured and helped to give GBBO its charm. Mary Berry was the next to follow suit in announcing her departure from the show, stating very similar reasons to the comedic duo, in staying loyal to the BBC. This has left Paul Hollywood taking on the transition alone, and reportedly to face a rival baking show that the BBC plans to produce. The uproar on social media has proved just how close to the heart viewers have held the show.

With this in mind, I look forward to watching the final, and seeing where Channel 4 take the show; and in the words of Mary Berry, it is time to say farewell to soggy bottoms as we know them today.

Carmen Langridge is a student on the MA in the Anthropology of Development and Social Transformation at the University of Sussex.