The first time I heard about ‘pin money’ was years ago, in an interview Bonnie Raitt gave about the origins of her music career. She must have said something similar to what she told Nottingham Post in 2013:

‘I was looking to play little clubs just to make some pin money while I was in college.’

The phrase stuck in my mind, evoking the image of a handful of coins kept in a dish with pins and odd buttons. A young woman, probably economically dependent on her parents, accumulating small sums to spend on little extras for herself. 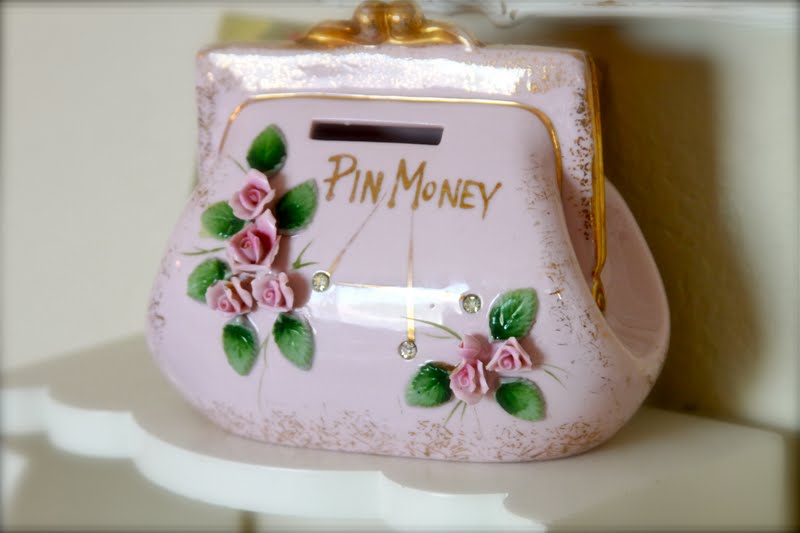 This week we have a more accurate explanation from Miranda Popkey on the origins of pin money. Turns out, pin money was money a husband gave to a wife (or a occasionally a father to a daughter), literally to buy pins. Pins are useful: they keep your hat on, and your clothes fastened. Before mass production, pins were also extremely costly. The allowance that a 16th century husband had to provide his wife was therefore called ‘pin money’ in English law. This allowance was supposed to be enough for a wife to buy all the essentials for the household. Pin money was, for many women, the only funds she had directly under her control; courts also awarded pin money to widows, making it also one of the few ‘safety nets’ a widow could hope to have.

An 1849 image from John Leach published in Punch magazine contrasts the ‘pin money’ of wealthier women, who could spend the sums on adornments and frivolities, and what Leach called the ‘needle money’ earned by an impoverished 19th century seamstress working by candlelight.

Although positioned at opposite ends of the social hierarchy, what unites these women is economic precariousness: the wife because of her dependency, and the seamstress because of her poverty. Caught between paternalism and exploitation, a wife is entitled to pin money, and a worker to needle money, but neither to political and economic enfranchisement. Perhaps Raitt should have called the fruits of her early efforts ‘needle money’: hard earned, but too little to survive on.

Rebecca Prentice is a Senior Lecturer in Anthropology at the University of Sussex, where she co-convenes the MA in the Social Anthropology of the Global Economy.